Six Things You Should Know About Children With Autism

Whether you're just beginning to suspect your child has autism, or are waiting for a diagnosis, you face the prospect of a long learning curve. What I learned about autism in the late 1990s / early 2000s was largely inaccurate, but the good news is that our overall knowledge about autism, and how to manage it, is increasing exponentially. That being said, most of us still harbor some misconceptions about autism. Here are six things about autism that you probably don't know, but should.

1. Autism isn't a single disorder, but a suite of related disorders. These components of autism can include sensory disorders, speech/language and other developmental delays, expressive language disorders, social anxiety, sleep and mood disorders. Your child could be demonstrating any one or more of them, though, and not have autism.
If your child’s diagnosis turns out to not be autism, you won't have wasted time researching. Many of the management strategies for these individual disorders will benefit you and them whether or not your child has autism.

2. Children with autism often skip developmental milestones, jumping ahead to new ones and then circling back, sometimes years later, to catch up on others. Most children go through a generally recognized developmental process, moving from one phase through the next in a linear sort of fashion. But children with autism can achieve certain milestones early and delay critical ones (which is often what triggers us to seek an autism diagnosis).

My daughter, for example, began walking at 17 months, at the far end of the normal developmental range. However, she had never taken a single step, with or without assistance, before the day she walked. One day, she simply stood up in the middle of my office and took eleven steps!
Other children with autism demonstrate behaviors which seem beyond their maturity level or physical ability. Some can twirl dozens up to hundreds of times, like an Olympic skater, without getting dizzy or falling. Some can play piano by sound, or calculate complicated math problems in their heads.

3. Many children with autism have exceptional hearing. Which is kind of ironic, considering that lack of responsiveness is one of the most common early autism clues, and usually results in hearing tests for deafness. The problem isn't their inability to hear, however, but that their hearing is so keen that they pick up almost everything. Light bulbs flickering, the refrigerator or A/C kicking off and on, pencils scratching on paper, people breathing, wind rustling leaves, or even their own internal blood flow -- imagine how you'd respond if you heard each of these things at conversational volume!

Children of autism may appear not to hear because they're deliberately blocking out everything except the thing that they're trying to listen to.

4. Children with autism can burn significantly more calories than other children, and require as many as a full-grown adult! But the problem is that they can also be very picky eaters. They're just not motivated by food the way other people are, so if the food that offered isn't exactly what they want, they won't eat it, even if they're hungry.

I believe many of the meltdowns we see in children with autism are triggered by their inability to control the kind or amount of food they're getting in the moment in addition to being unable to control the stimuli that surrounds them.

5. Children with autism tend to prefer interactions with adults over those with other children. Most children are very active, spontaneous, and unpredictable, whereas adults (especially parents) are likely to be calmer, more controlled.

Have you ever spent time in a kindergarten classroom? You can certainly understand why your child might prefer adults; the sensory overload from a dozen or more over-excited, fidgety kids can be overwhelming!

6. Facing autism as a couple doesn't necessarily strengthen a marriage; the divorce rates for couples of autistic children are significantly higher than the national average. It takes an enormous amount of love and effort to raise a child with autism. If you have a significant other and you're going through this together, make sure that you also invest time and energy in that relationship. If you don’t shore up your union and keep it strong, the demands and strains can slowly eat away at it, and you'll be left wondering what happened to your marriage while you were busy trying to help your child.
Parenting a child with autism is like exploring the dark side of the moon; no one has been exactly where you’re going, because every situation is different. But there's more help available to you now than ever before. Start here: <link> 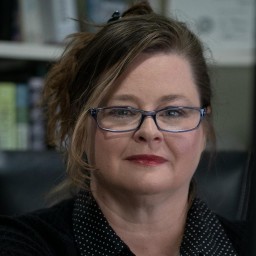 Tips For Dealing With Food Challenges

Please log in again. The login page will open in a new tab. After logging in you can close it and return to this page.